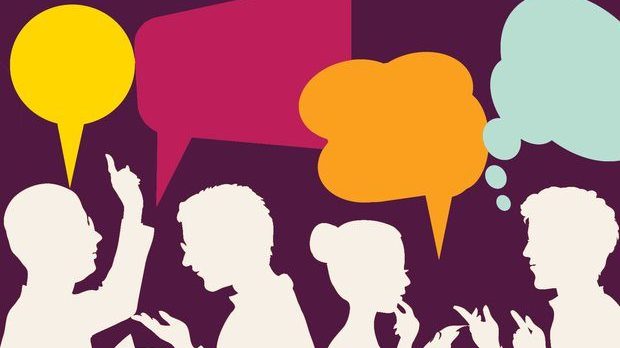 The Art of Dialogue

The dictionary defines `Dialogue’ as a conversation between two or more people and also as an exchange of opinion or ideas. Krishnamurti gave to it a much deeper meaning and pointed out its importance as a means of religious inquiry into Truth, which he posited as the unknown. He distinguished between the knowledge of the truth and the realization of the truth and used dialogue as a mode of enabling the latter. The sacred books of all religions contain descriptions of the truth that was realized by great religious seers but those descriptions do not reveal the truth to us when we read them. They may point to the truth, give us an idea about it and create an intellectual understanding of it but that is not the same as the realization of the truth. Krishnamurti attempted to bridge that gap through the mode of what he called a dialogue.

A dialogue is very different from what we normally call a discussion or debate. A discussion is usually between people who have adopted definite points of view and who wish to convince each other or compare their outlooks. They are usually committed to a certain opinion, ideology, religious belief, political system or nationality and argue from that particular point of view. Most of our university seminars and symposia as well as international diplomatic exchanges are of such a nature. So are the dialectical discussions between philosophers or religious heads of different persuasions. They begin with knowledge, encourage an exchange of ideas and end in more knowledge and more ideas. Since the whole exercise is confined to the field of ideas and knowledge it does not lead to the realization of a deeper truth. On the other hand, a dialogue as a mode of religious inquiry begins with not knowing. The participants know that they do not know the truth, posit it as the unknown and are eager to investigate together in order to discover it. In not knowing, not identifying themselves with any point of view, not trying to convince each other of anything, they are together and not pitted against each other. It is as if they are on the same side of the table and the truth is on the other side.

It is our knowledge, our beliefs, our points of view, that divide us. If we set them aside we can begin to explore like two friends deeply interested in examining any issue in life and coming to a deeper understanding of it. The truth may reveal itself in the very process of exploring the question, rather than trying to quickly answer it. An answer given by a mind that has not deeply examined and understood all that is involved in the issue is merely a superficial opinion and therefore of little value for a seeker of truth. Knowing this, the mind is not interested in forming opinions in a dialogue and coming to conclusions. Nor is it competing with others in arriving at the truth first since it is not ambitious and not seeking satisfaction, fame or reputation. It is a mind that is inquiring for the love of understanding, not for a result or a conclusion.

A mind in dialogue doubts every opinion, is skeptical of every conclusion because it is not interested in a verbal answer. It is seeking to go beyond the word and have a deep insight into reality. It is looking for the perception of facts and for a holistic understanding of the issue, not merely a method for solving a problem. Since one is looking for a deep and direct perception of the truth and not merely the transference of knowledge, there is no hierarchy in a dialogue. There is no division of the teacher and the taught–the one who knows and the one who does not know. A dialogue begins with observation and aims at discerning what is true from what is false. Since the inquiry is not based on knowledge, it is not in the nature of a transfer of ideas from one who knows to another who does not know. It is rather a joint exploration into `what is’, conducted with utter humility, by friends who know that they do not know but wish to understand and come upon the truth.

Since there is no sense of competition, rivalry or debate in a dialogue, no desire to impress or be the first to point out something, it is not important in whose mind a particular thought arises. It is only important to explore what meaning that thought is trying to convey and whether that is true. Since one is not taking sides with any point of view, there is also no sense of division in a dialogue. When the mind is in the observing mode it does not matter if there are two people participating in the dialogue, or two hundred or even just one. A truly impartial mind can see all sides of an issue without attaching itself to any one side, just as a truly impartial player can play chess with himself, moving both the black and white pieces !

Krishnaji likened a dialogue to a game of tennis in which the question is like the ball tossed from one court to another, each player returning it with his comment or observation. This goes on till both the players disappear and the ball is suspended in mid-air ! That means the observers (participants) with their particular knowledge, view points, opinions etc disappear and there is only observation of the issue taking place. If the observers (or their personalities) are to disappear, it does not matter how many or who they were.

There is a lot of discussion these days about the best way to conduct a dialogue — whether there should be a co-ordinator directing it or not, whether it should start with a pre-formulated question or the question should come spontaneously in the dialogue, whether there should be only five people or fifty and so on. While these are useful organisational questions and it is nice to know the rules of the game before starting, they are really peripheral to the issue. None of these can create a dialogue if the mind is not in the dialogue mode. Conversely, if our mind is in the dialogue mode, the form does not destroy or prevent a dialogue. What determines the quality of a dialogue is primarily the state of our own mind.

In that sense, one can live all one’s life with the mind in a state of continuing dialogue — a dialogue with oneself, with others around us and with Nature. This means a mind in the state of dialogue is not different from a listening and observing mind, which is also essentially a learning mind, if we understand learning to mean not the accumulation of knowledge but the discernment of what is true from what is false. It is a mind that is not attached to any opinions or any religious beliefs, one that is not seeking satisfaction nor judging on the basis of its likes and dislikes. To such a mind every experience, every talk, every book is a source of deep questions. Self-knowledge and understanding are then by-products of the exploration of these questions for oneself. It is a mind that is a student of life, constantly inquiring, looking, learning, and growing in its understanding-never adhering to a conclusion, never holding to any fixed opinions. Only such a mind can transcend the limitations of knowledge and discover if there is something sacred that is beyond all human thoughts and beliefs.

One must distinguish between two kinds of learning. There is the learning which is accumulation of knowledge, which is a matter of time and effort. This is essentially the cultivation of skills or of thought and memory. There is also a more important learning which is the capacity to discern what is true and discard what is false and thereby come upon a deeper meaning and significance of everything in life including love, religion, beauty and death. This learning is not accumulative, therefore it is not a matter of time. It has the nature of a holistic awareness, a deep understanding, a long vision, wisdom and compassion. With time one necessarily grows in knowledge and experience but not in wisdom. It is only when the mind has a deep insight or a direct perception of a truth that an illusion drops away and there is a greater wisdom or understanding of life. To keep ones mind in such a state of dialogue is the art of learning.

What is Right Action?