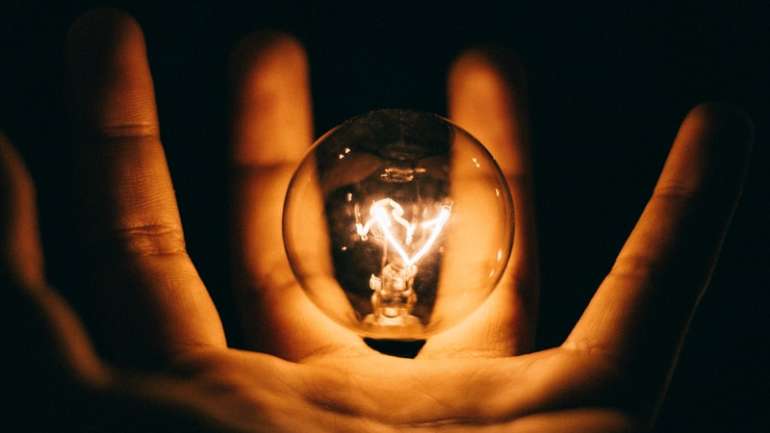 Do Indian Myths have a scientific basis?

According to the dictionary the word ‘myth’ includes several things:

i) Completely fictional stories conjured up by a writer’s imagination. These can obviously have no scientific basis. ii) Stories about supernatural beings usually based on religious beliefs, often referred to as ‘mythology’. These are subjective and vary from culture to culture; therefore they are not universal truths and cannot have a scientific basis.

iii) Extra-sensory perceptions: These are not anti-science and may or may not be subjective. These could be unusual records of observations and may therefore be found subsequently to have a scientific basis and be confirmed as universal truths.

Science is our quest for discovering the order that manifests in Nature. We find that Nature is orderly and follows certain haws which relate causes and effects. These laws are believed to be independent of space and time. This means they are eternal and the same everywhere in the universe. It is the purpose of science to discover these laws and thereby explain the entire development of the universe. We have succeeded to a considerable extent in explaining several observed phenomena on the basis of these assumptions; therefore we believe these assumptions to be true. There has evolved a Standard Model (1) of the evolution of the whole universe starting from the assumption of a Big Bang which occurred some 13 billion years ago. Most scientists (though not all) accept this model to be more or less true.

There are however, two major gaps in our understanding as it stands today :

i) We do not know how life originated in the dead universe of the Physicist starting from the Big Bang. Scientists have not been able to synthesize in the laboratory a living cell or amoeba starting from only dead chemicals or atoms. Many scientists think that life is an emergent property of matter but we do not really know. After assuming the creation of the first life form they do have a reasonable theory of evolution to

explain the origin of the myriads of living species that exist today.

ii) We do not know what consciousness is. The scientist uses his consciousness to do his science but his science cannot explain what he is using! To pose this question in a more spectacular way, imagine that a scientist is able to synthesize my body in a chemical laboratory and put every atom in exactly the place it is at present, will he get this living person or only his dead body? Our intuition tells us that most probably he will get only the dead body. What is the difference?

What is the difference between a computer and a human being? Computers have memory; they can think and calculate faster than we can in some ways. Scientists are even programming computers to respond with feelings; but a computer is not AWARE. I am aware of my body, my thoughts and my state of consciousness. Science does not know how awareness arises.

What science knows is nearly certain and has been repeatedly tested; so it is unlikely that anything that is anti-science is true. But there is a lot that is still beyond science. Consciousness phenomena like telepathy and extra-sensory perception are as yet beyond science; but we cannot say that they are unscientific or untrue.

The spiritual quest of humanity is a quest for understanding the way our consciousness functions through observations and perceptions which are freed from the subjective elements of our personality. We all have within our consciousness both the personal and the universal. The personal are our thoughts and opinions since these are based on our memory and knowledge which is turn are dependant on where we are born and grow up; but pure awareness is not so conditioned and is universal. The spiritual quest is a quest for discovering reality through awareness and direct perception freed of the subjective inputs from our personality (thought and memory).

Unfortunately, in the west, religion has come to be regarded as synonymous with belief and inquiry was suppressed as heresy. In the eastern religions there was belief, worship and ritual but there has also been a long tradition of inquiry into what is true and what is false, what is real and what is illusory. The Buddha pointed out that all sorrow (psychological suffering) is born of illusion and can therefore be ended. This liberation from all illusion is the essence of the spiritual quest.

If we consider religion to be belief, then it has no scientific basis since it is personal and not a universal truth. But if we regard the essence of religion to be the ending of illusion then it is a quest for discovering what is true and what is false. One could also call it unlearning the false through direct perception or insight. A mind that is freed of all illusion perceives ‘what is’ without any distortion and therefore its perceptions are as objective and universal as those in science. Science and spirituality then become two complimentary quests for discovering reality and there is no contradiction between them. Science is the quest for discovering the order that manifests in the world of space, time, matter and energy and religion becomes the quest for discovering order in consciousness (through the ending of illusion).

All great discoveries, even in science, have been the result of such creative insights beyond the known. How does the human mind discover something totally new which was never known before? The unknown is beyond thought and knowledge (memory). The human consciousness has this capacity for perceiving something beyond the known by making a foray into the unknown and such insights have led to great paradigm shifts (2) even in science. This is what distinguishes us from computers which have no awareness and therefore no capacity for insight.

Ramanujam (3) often ‘saw’ answers to questions in mathematics without knowing the proof. Einstein perceived the truths of relativity before he proved them mathematically and Beethoven said, “I do not think out my music” How such perceptions come into consciousness is a great mystery.

Since the human consciousness is capable of objective extra sensory perceptions, these have sometimes led to unusual discoveries which now seem to be corroborated by scientific investigations. Some examples of these are cited below:

In the ancient Hindu scriptures the age of the universe/earth is divided into yugas, which occur cyclically, according to the following scheme:

It further says that 1000 such Mahayugas make 1 Kalpa which is one day in the life of Brahma, the creator. This means

How did those ancient sages come to a figure which is at least of the same order of magnitude? Was it a myth or a perception?

ii) Occult Chemistry : Mrs. Annie Besant and Mr. C.W. Lead beater (5) who were Theosophists working in Adyar, Madras, published a book in 1908 called “Occult Chemistry” in which they wrote that they placed various minerals in front of them, made themselves smaller than the smallest particles in them and are writing what they actually “see” as the structure within each element. They mentioned that those were “records of observations” and not a product of their imagination.

The findings reported in this book have been compared with modern scientific knowledge about the structure of the nuclei in various elements and though they do not agree in entirety, there are uncanny parallels between them which have been documented by modern scientists: Arnikar(6), Phillips (7).

Apparently, there are other means of arriving at truths through extra-sensory perceptions which are not known to us in science. Indeed one of the great modern scientists named Schrödinger who founded Wave mechanics, which was the precursor of modern Quantum Mechanics, studied the Vedas and commented that all thinking ended on the banks of the ganges and modern science is merely re-discovering what those sages already knew ! This may be an exaggeration but it is perhaps not without some grain of truth in it.

iii) The discovery of J. Krishnamurti (8)

In our own times, in the 20th Century, Mr. C.W. Leabeater “saw” an unusual aura (a combination of colours around the

brain) of a poor, young, emaciated 13 year old boy named Krishnamurti while he was playing on the sea beach in Madras. From this observation he predicted that this boy has an extremely rare aura with almost no trace of selfishness in it. He predicted that this boy will become a World Teacher. The boy was adopted by Mrs. Besant and brought up in the Theosophical Society. Though the boy was dull and could not pass any examinations, they never changed their mind. The the boy later left the Theosophical Society, but he did become a World Teacher. The Buddhists choose a new Dalai Lama in the same way, by locating a boy with a highly developed spiritual consciousness.

Is this based on myth or on perception?

How did the ancient sages in India discover the effect of various ayurvedic herbs and how did those in China discover Acupuncture? The efficacy of both these is now tested scientifically but the sages did not use scientific double-blind experiments or trial and error to make these discoveries. Were these based on myth or perception?

Insights such as these do need to be tested by scientific methods since they can get mixed up with subjective elements in the consciousness, such as desires, ambitions or dreams. But pure insights are perceptions of facts beyond the known and do occur in science, in art, in spirituality and they can be as pure and objective as scientific observations.

The Impact of Science on Society

Science and Spirituality : Two Aspects of a Single Reality