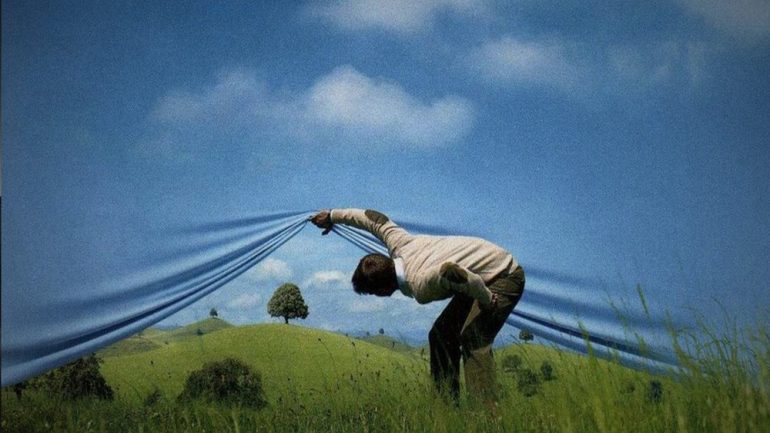 The Holistic Perception of Reality

In earlier times it was possible to find a single individual who was a philosopher, an astronomer, a physicist, a mathematician, a biologist and an artist all at the same time. There have been several great thinkers proficient and knowledgeable in more than one field of human endeavour. Slowly, as knowledge expanded, specialization became inevitable and the modern scholar of today knows a tremendous amount but in a very narrow area of his or her specialization. Our view of the outside world, as well as the inner world of our consciousness, has become more and more fragmented, divided, partial. A holistic understanding of life, of external phenomena as well as our own psyche, has become virtually impossible because our education and training place blinkers on our vision and permanently programme our brains to see only from a certain point of view. A perception of the total reality has therefore become extremely difficult and rare. In fact we take it for granted that this is inevitable, even desirable, and therefore categorize human beings as scientists, religious men, philosophers, romantics, psychologists, doctors, engineers and so on, not to mention the numerous sub-divisions under each of these categories.

These labels divide and limit man in a very fundamental sense, in much the same manner as our adherence to a particular religion, nationality and so on. We are content to be like the blind men who tried to feel an elephant, each coming to a different conclusion about its reality, depending on where they touched him. In our ignorance, we argue in defense of our own particular perception of reality, not realizing how extremely partial that perception is. To the scientist, the sun is a huge thermo-nuclear source of radiation around which our planet earth is revolving and rotating so as to cause sunrise and sunset. To a religious man and to an artist these same objects and phenomena have a totally different significance. The river is indeed water flowing from a higher level to a lower level on account of the force of gravity; but surely it is much more than just that if one has the eyes to see. The uneducated peasant has a very different feeling for the river, the tree, the rainfall, the earth, the sun, the animal round the corner and so on, than what the educated man perceives. Who is to say, which is more `real’ and how does one define reality ?

In the realm of our consciousness, of the psyche, we classify people (as also our perceptions) as being intellectual or emotional. Both extremes lead to absurdity. The cold, rational, intellectual man is frightening and so is the totally emotional, impulsive, romantic human being. A healthy blend of the two appears to be essential for the total perception of undefined reality.

In everyday life, we are witnessing today the disastrous consequences of over-specialization, of our narrowed vision. The industrialist who concerns himself only with the setting up of his factory irrespective of the pollution of the environment, the research scientist wanting to pursue new knowledge and professional success irrespective of the consequences of his discoveries, the medical doctor who concerns himself with treating the body of a patient without concerning himself with his psyche, the educationist who concerns himself only with the success of his students at the examinations, the leader who propagates popular illusions in order to ensure a following, the so-called religious man who does propaganda for his own particular beliefs, are all acute examples of the consequences of a severely limited vision. It has made man regard aggressiveness in furthering his own cause to be a virtue. He has come to implicitly accept that self-interest is the only motivation on which society can be based, though he sees that it is the single most destructive factor in society. Our life today abounds in such contradictions. We encourage ruthless competition on the one hand and preach universal love on the other. We reward and worship success, though we talk of respecting all human beings as equals. Even religion has been reduced to a comforting, utilitarian ritual.

All this and more, is the result of a narrow vision. Recognizing this and seeing the fact that one is oneself the product of such a society and therefore afflicted by the constraints of a limited vision, what can one do to try and perceive reality, the truth, holistically ? It has been asked whether it is at all necessary or possible to perceive holistically. One must examine what one means by that word `necessary.’ Necessary, for what ? This question itself is the product of our narrow utilitarian vision which wants us to do only what is necessary’—necessary for success, for comfort for achievement, for some kind of material or psychological gain. It is the product of a mind that is unwilling to seek the truth just for the love of it. Such a mind is in itself a problem, a limitation.

The other question, whether holistic vision is at all possible is a wrong question, and wrong questions have no answers. Who is to judge and tell if our vision of something is holistic ? Why this desire to know the degree to which one has `accomplished’ it ? Isn’t this also a product of a mind that is caught in the narrow game of achievement, of measurement, of fulfillment ? One is observing, perceiving and asking all these questions with an instrument (our brain) that is in itself limited, fragmented, divided and therefore incapable of holistic perception.

If that is so, then what is one to do ? Obviously, the first thing that one has to do is to see the truth of this–not just intellectually, through argument and reason, but actually. Not as a reasoned theoretical and philosophic conclusion, but as a fact. What, one may ask, is the difference between the two ? There is a tremendous difference, psychologically. When one arrives at something as a conclusion of a thought-process there is an element of achievement, of logical cleverness in it, which subtly boosts the ego. It is something one feels proud of, like another feather in one’s cap, another quality that one has successfully acquired, a special result one has arrived at, all of which give importance to the one who has done it. It is then held as another piece of specialized knowledge, which has very little significance as it contains in it the limiting factor.

One the other hand, when one perceives the limitation of one’s own mind as a fact (not a theory) then it brings true humility. Then one realizes that holistic perception is not an end or an ideal to be achieved or worked for. It can only be the by-product of the ending of the limited vision. It cannot be arrived at by the deliberate expansion of the limited vision. Moreover, there is no method for ending limited vision. The desire to measure, to expand, to achieve, to define precisely, and to find answers, is itself a limitation. The most meaningful and potent questions in life are those that have no answers.

Even in the field of physical sciences, which deal with objective reality, this has become increasingly clear during the twentieth century. Till the end of the nineteenth century physical reality appeared to be something that could be defined precisely, explained clearly on the basis of definite laws, from which one could predict accurately the course of physical phenomena. But now we know that even physical reality is extremely elusive and resists all attempts to define it too precisely. Let me try to illustrate this with an example. When scientists closely examined the nature of visible light they found that it is an electromagnetic wave that propagates in space and is governed by the laws of electromagnetism. This was accepted as a very satisfying and a fine explanation of the reality of light and it explained almost all the behaviour of light: its reflection, refraction, dispersion and so on. But when scientists closely examined the absorption and emission of light, they found that it is always absorbed or emitted in bundles of energy which were called photons. Einstein gave his famous equation for the energy of a photon as E=hf where f is the frequency of the light wave and `h’ is a universal constant called Planck’s constant. This simple fact has had very far-reaching philosophic implications. Consider a beam of light falling on a glass plate. Suppose 10% of the light gets reflected and 90% is transmitted. Now, if the energy in the light beam is quantized into photons, then how to predict the behaviour of a single photon when it falls on the glass plate ? Will it go into the reflected beam or into the transmitted beam ? One can only say that there is 90% probability of its going into the transmitted beam and 10% of its going into the reflected beam. Which means, the behaviour of an individual photon is inherently unpredictable. This contradicts all the laws of classical physics, according to which, the same cause should produce the same effect and the behaviour should be completely deterministic. So even in the physical world, there is an inherent uncertainty in predicting the behaviour of a system. The smaller the particle, the larger is the uncertainty in predicting its behaviour.

Quantum mechanics recognizes this uncertainty principle as a fundamental law of the universe. It also recognizes the interaction of the observer affecting the observed and thereby inherently limiting the exactness of an observation. It considers our desire to explain reality in terms of simple, rational models as a hang-up of our mind, acquired from the conditioning of classical physics and from the limited realm of our everyday experiences. This is why we are unable to directly perceive the reality of a space-time continuum, even though it has been proven by mathematics and verified by experiment. In our everyday experience space and time are separate entities, not interacting with each other; so the mind refuses to see the reality as demonstrated by science. Similarly, the fact that light behaves in some experiments like a wave and in others like a particle is most confusing to the mind because we would prefer reality to fit into one simple model which we can comprehend. Indeed, even Einstein refused to accept quantum mechanics philosophically, saying, `I do not believe that God plays dice’. Till the end of his life he believed that our inability to exactly predict the behaviour of an individual particle was in some way our own limitation and not a fundamental law of nature.

So, if the conditioning of our mind by past experience, by past knowledge, limits our ability to even perceive physical reality, how much more difficult it is to observe one’s own psychological condition and limitation where the interaction between the observer and the observed is infinitely greater. Indeed the observer is perhaps not different from the observed ! Since holistic vision in not something to be `attained’ by a limited mind, it can only live with this question, not answer it. It can be aware of its own limitation, therefore cease to give the enormous importance it does to itself, and in that process, possibly, naturally quieten down. It is clear that it is only a naturally quiet, silent mind that can have a holistic perception of reality. Not a mind that is made quiet through effort, through practice, through self-control but one that realizes its own futility and ceases to interfere.

This is the greatest challenge that life poses before a human being for a holistic perception of reality.

The Impact of Science on Society

Do Indian Myths have a scientific basis?