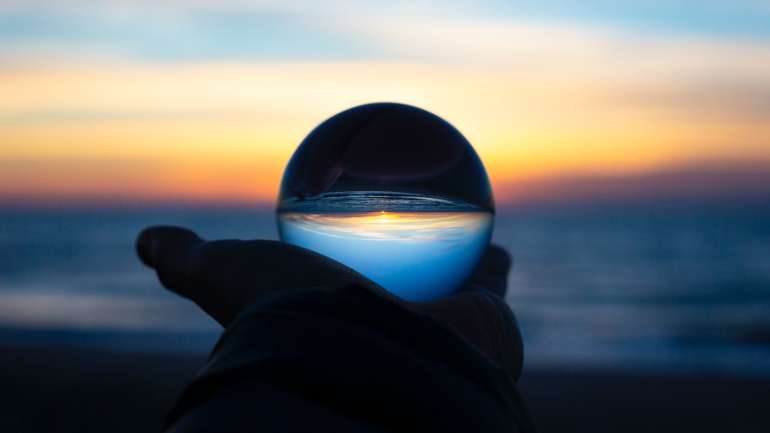 The Future Is Now

So, has there been any psychological evolution at all? Are we psychologically, inwardly, in our consciousness, significantly different from the man of one thousand year ago? It. does not appear to be so. In that sense, psychologically the future is now. Because if we are psychologically the same as the man of a thousand years ago, then another ten thousand years can go by and if we survive, we will continue to be the same. For the same reasons for which we have not changed in one thousand years we will not be able to change in the next thousand. So there is no such thing as psychological evolution with time. This means time does not help to change the psychological state of a human being. In that sense the future is now and we cannot depend on time for change.. Transformation of consciousness requires a mutation which is not a time process.. What does that mean? It means there is causation in consciousness which does not change gradually with time. All these negative emotions, like selfishness, competitiveness, rivalry, enmity, hatred, anger, jealousy, sorrow etc result from certain illusions in our mind and unless those illusions are ended they will not go away.. This is what the Buddha pointed out more than two thousand years ago. He gave three psychological laws like the scientists have the three laws of Newton. The first law is that ‘sorrow exists’ This is a statement of an observed fact. If we look at human consciousness we observe that there is a lot of psychological suffering which human beings go through. The second law says, it has cause: ignorance as illusion is the cause of sorrow. The third law was the result of his own experiments and learning. He said the cause can be eliminated. It is because the cause lies in illusion that it can be eliminated. If was an organic cause, it can not be eliminated. You can not get rid of bodily pain which is a biological reaction built into the body; but emotional, psychological suffering, is born out of illusion and can therefore be ended. Illusion has no existence in nature; therefore it is not governed by the laws of nature. It is something constructed by human thought and imagination. Only the human consciousness is capable of that; the animal is not capable of it. That is why you do not find animals creating war, you do not find a tiger decimating another species and destroying them.

That is an example of what the Buddha taught: that we are the authors of our own sorrow. We think that the sorrow comes to us from outside. We have not learnt to look at ourselves and ask ourselves why this sorrow has come, from what illusion in our mind? Illusion means I am taking something to be true when it is not true, not a fact in nature. Or I am giving tremendous importance to something which is not really important. Let us take an example of that. In our society we think it is tremendously important that a Hindu should not be converted into a Christian. Now, what difference will it make if tomorrow I go to a Christian church, pay some fee, do some rituals and become a Christian? Instead of a stupid Hindu you will have a stupid Christian in the world! Does it make a tremendous difference? Do we grow in wisdom by changing our affiliation from one religion to another? Actually, it has no significance; but our mind thinks it has a great significance. That is an illusion. It just does not matter, what you believe, what you pray to, whether you do Namaz or you go to a temple and pray in front of statue. What matters is how you behave, whether you are violent, whether you are greedy, whether you are selfish. All these are the illusions in the mind from which sorrow comes, division comes, the war and the rioting come. Because all this arises from illusion, the Buddha said it can be ended. Illusion can be ended by discerning what is true and what is false, which is the quest for truth/ wisdom, the real religious quest. But the man in illusion is not aware that he is in illusion. That man is you and me. We may be able to see the illusion of somebody else but that does not mean that we do not have illusion. Just as that man who is giving dowry for his daughter and endangering his child, is not aware that he is in illusion, you and I are also not aware of the illusions we have. Unless we examine our own feelings, watch from where they arise and if it is a negative feeling arising out of an illusion, end that illusion, one does not grow in wisdom. That is the real Theosophical quest. Otherwise, we are not free. You may believe in universal brotherhood, you may believe in this or you may believe in that, what difference does it make? I will give you a question to think about: if a man is selfish, violent, greedy and hateful, what difference does it make whether he is a Hindu, a Muslim, a Christian, a Buddhist or an atheist? And if a man is wise, kind and generous, non-violent, large hearted, compassionate, what difference does it make whether he is a Hindu, a Muslim, a Christian, a Buddhist or an atheist? So why do we give such a tremendous importance to the affiliation of a human being?

Our Relationship to the World (Part I)